The European Democratic Party (EDP), a European political party and member of the Renew Europe parliamentary group, gathered its leaders on Thursday 23 June in Brussels.

As part of the most pro-European alliance in EU politics, European Democrats believe that events prove us right: we need more Europe, not less to achieve our collective goals. And we want to go further.

Alongside the Renew Europe group, we agree to defend the forging of Europe as a geopolitical power, especially regarding the new international order caused by the Russian aggression in Ukraine; The acceleration of the European green agenda with the green and digital transitions; A concrete roadmap to European sovereignty with Europe’s energy autonomy and investment in Research and Innovation; The regeneration of our democratic system as Europe must become a transnational democracy with a European identity.

Sandro GOZI, Secretary General of the European Democrats pointed out: “The Europe of 2030 will have to focus on shared sovereignty, recovery and democratic ownership.” 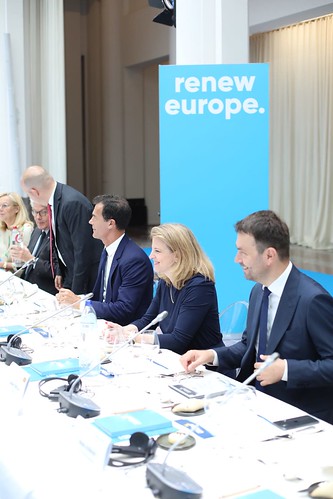 END_OF_DOCUMENT_TOKEN_TO_BE_REPLACED

Protecting the Ocean is protecting Humanity

END_OF_DOCUMENT_TOKEN_TO_BE_REPLACED

Improving the inclusion measures of the Erasmus + programme