François Bayrou: "A great opportunity for the United States and for the world!

Following the election of Joe Biden as President of the United States and the historic election of Kamala Harris as the country's first female Vice President, the European Democratic Party welcomes this result.
Learn more

FOR the "GREENING" of THE EU CULTURE AND EDUCATION PROGRAMMES

Culture and education play a key role in driving the societal change we must achieve. We can use the programmes smartly to contribute to the wider environmental objectives.
Learn more

we establish the European Democratic Party.

By this agreement, the political parties of the countries, of the historical nations and of the regions of the European Union that share the common values and the principles indicated in this preface, make up “the European Democratic Party (EDP)”. 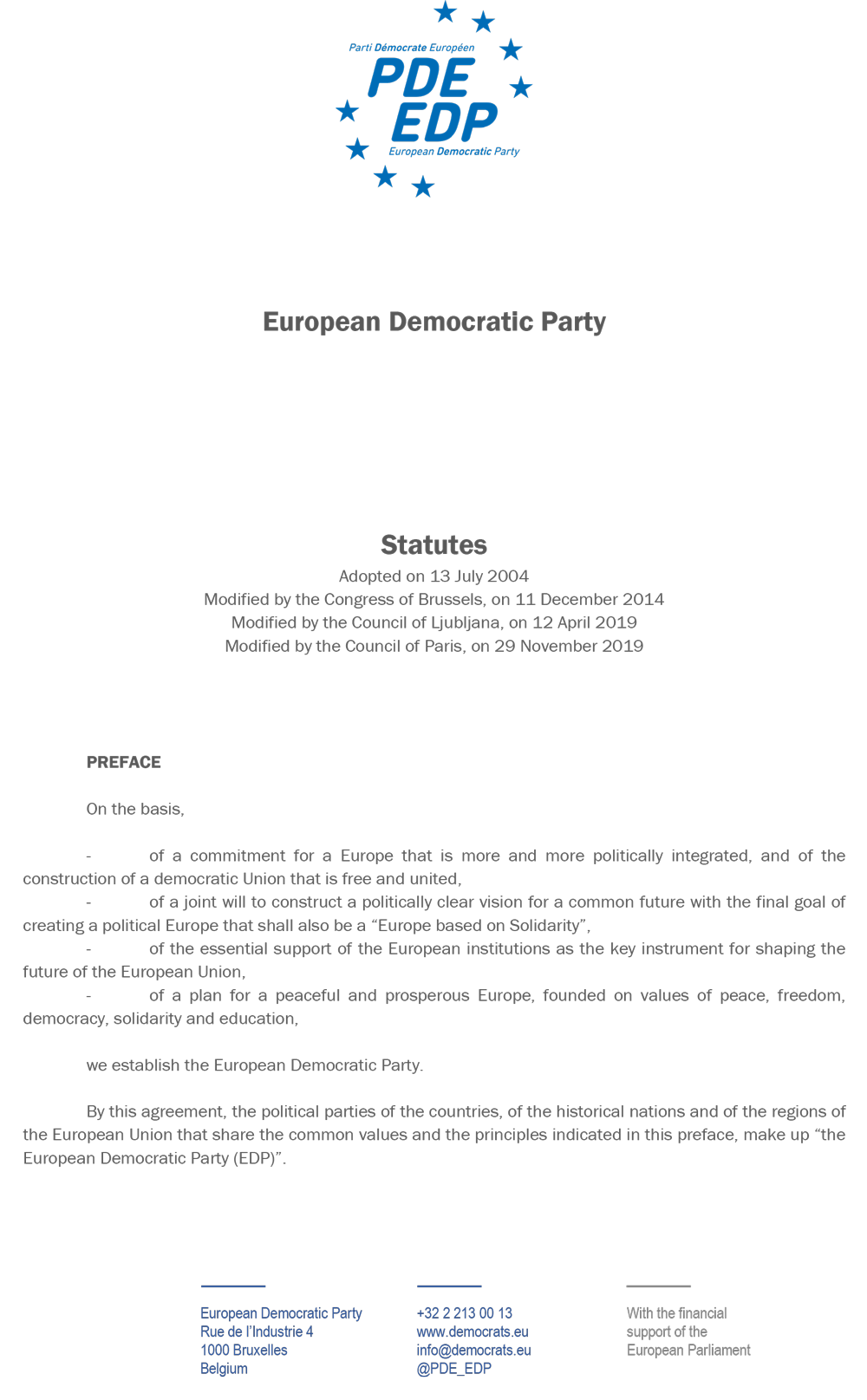