“Europe cannot just be finance, bureaucracy or the memory of the past. Instead, Europe should be this: fighting forest fires in Greece, deal with the reasons why glaciers are melting and tackling the consequences of the floods in Germany”, former Italian Prime Minister and current leader of Italia Viva Matteo Renzi said when opening the Summer School 2021 in Ponte di Legno. “We are here to fight populism, learn about politics, discuss our common future as a continent and zoom in on our reality”, he added.

What followed was a 3-day training school for 400 under-30s from all over Europe, co-organised by Italia Viva, the European Democratic Party and Renew Europe. The event was a great success: filled with lectures, workshops, debates, keynote speeches and special guests. Young Democrats for Europe were well represented with participants from France, Basque Country and Croatia.

Three MEPs from European Democratic Party spoke during the Summer School: our Secretary General Sandro Gozi, Nicola Danti and Laurence Farreng. They lead a series of workshops with the students on Wednesday evening and then ran the roundtable on European Democracy on Thursday morning.

“Our democracies are under attack because of foreign interference: we saw it with Brexit, in the United States elections with Trump and every day online on social networks. This is why President Macron is right when he talks about the importance of Europe’s strategic autonomy: everyone has to make a step towards building Europe’s resilience and defence”, Sandro Gozi said.

During French MEP Laurence Farreng’s workshop on the importance of culture and young people in EU politics, one of the Young Democrats pointed out that “we have to make Europe sexy again!” Farreng wholeheartedly agreed and went further by stressing that it’s thanks to culture that citizens feel more European, how important it is for us to write our common history and that the strengthening of truly European media is crucial.

Italian MEP Nicola Danti spoke several times during the school about how Covid-19 has changed our lives, trade relations and global politics. “We have huge vulnerabilities that we have to counter and not engaging in international trade policy makes Europe not only isolated from global politics, but also more vulnerable”. In Danti’s concluding address, he stressed that Europe now has a very important responsibility: we need to be a driver for change, through investments in sustainability, digitalisation and making the most of our global role in trade.

The Conference on the Future of Europe was also discussed multiple times during the Summer School. It is a historic opportunity for citizens from all over Europe to discuss and debate European issues, and this is particularly important for young people. Several students from the School are therefore going to submit their proposals on the Conference’s online platform. “Make sure to register and make your voice heard!”, Gozi concluded. 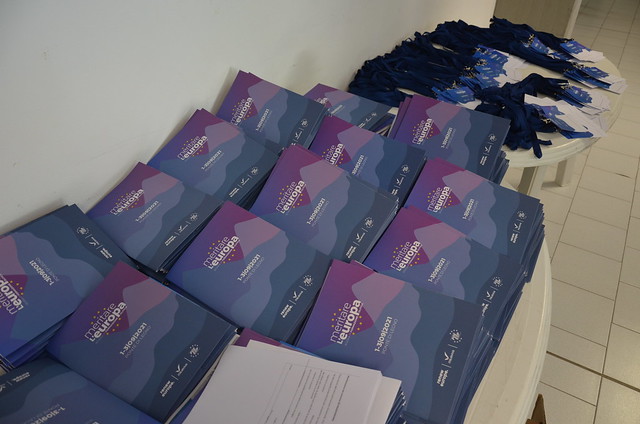 END_OF_DOCUMENT_TOKEN_TO_BE_REPLACED

Conference on the Future of Europe : the chance to put citizens back at the heart of the European project!

END_OF_DOCUMENT_TOKEN_TO_BE_REPLACED

Sandro Gozi: "It's time for the EU to change to survive" a future of "empires."

END_OF_DOCUMENT_TOKEN_TO_BE_REPLACED

Let's restart Europe! In Siderno with young people to discuss the future.